Last week, we talked with two of our Clinical Leaders about Simone Biles’ courageous decision to pull out from the majority of the Olympic competitions she had trained for and planned to participate in. The impact of her decision is immense; to prioritize mental health when the whole world is looking to you is a brave, inspiring, and game-changing thing. Below, hear Staci Clark, Director of Education Services, and Niki Marinielli, Blended Case Management Supervisor, share their thoughts:

Niki: Along with the rest of the world, Simone Biles’ decision caught my attention. Especially in Case Management, we focus on the wellbeing of the entire individual. Simone’s decision brought light to that physical health and mental health integration, showing that when one thing is off, it affects everything. It brings to light the eight dimensions of wellness; being in top physical shape does not mean everything is fine regardless of other areas of your wellness. Simone did an excellent job of demonstrating that when even one thing is a tiny bit off balance, it impacts the entire wellbeing and performance of an individual.

Staci: What resonated with me the most is that it was framed as a medical issue. Just like a physical injury, they stated that they were evaluating it, checking on her health day by day. I really liked that language! Yes, there was some backlash when they realized it was a a mental issue, but the truth is mental issues are physical issues! We go to trained, licensed practitioners when struggling, it’s paid through medical insurance; mental and behavioral health is medical. That’s how important it is! So that’s what resonated with me; it was considered a medical issue - and it should be.

Staci: Our society really holds Simone Biles up to be a beyond-human standard.  In truth, she does perform moves that no one else would dare to do. Judges don’t even want people to do some of her turns and flips because they are so dangerous. So, she has become this greatest of all time phenomenon for us socially. Because of this, she is able to model the importance of putting yourself first and demanding that others do the same in a way that others perhaps can’t, yet. She’s able to use her platform as this GOAT figure to role model for others. We all need to be doing that. Seeing her with such a big platform speaks to her bravery as well as the importance of mental and emotional health. If this can affect someone like Simone, it for sure can affect all of us.

Niki: We often look at the negative impact of social media. But I think this was an example of how it can be positive, as well. Simone shared a message on Instagram before dropping out about how stressed she was and how immense the pressure felt. By doing so, she was able to put words to her complicated feelings and, importantly, receive positive feedback. She was able to put words to things that elite athletes have been feeling all along, but previously, without the same outlet to express it. This is big! The ability to hear from both the athletes we admire and for them to hear from others, both her fans and previous Olympians, is a game-changing thing.

Staci: (in regards to Simone Biles role as a black, woman Olympian) As a black woman, even before her public trauma (re: Larry Nassar), Simone Biles has been a survivor of racism and racial trauma. I can’t speak enough about how courageous she is. As a black woman, it’s very difficult to be vulnerable. You always have to be stronger, smarter, work harder. We’re not able to have the same issues other people have and ask the same questions that other people ask. It can be exhausting! The pressure to not be vulnerable is immense, especially in a mainstream, predominantly European American, culture where you have a lot of additional attention and pressure focused on you as a black woman. It speaks even more to her courage to be able to put herself first and demand that she prioritize her mental health.

Plus, look what happened! Suni Lee was amazing, the US won silver, and the world kept turning. We are all okay. Nothing is going to fall apart because Simone Biles prioritized her mental health; the same is true for every one of us. We all should take that model and know that things will keep moving, no matter what we say no to.

Staci: (on what we can take from this moment): Simone demanded herself first. Imagine if she had gone through with it and got injured or worse. That would not have been worth it. Think of Simone Biles and remember to put yourself first - your mental wellbeing, your medical wellbeing, emotional wellbeing, that’s what’s most important. You have to take care of yourself before you do anything. Simone is so courageous in doing this.

Niki: I think she did an excellent job of taking away the stigma of mental health. There’s still a thought of how someone “should” look when they are going through a mental health crisis or mental health issue. With Simone, you didn’t see that. She said what she was struggling with, made her decision, and then was on the sideline cheering for her teammates, energized and enthusiastic. This models that if you ARE struggling, it doesn’t need to get to the point where you can’t pull yourself out of bed to stop and ask for help. Being proactive before it gets worse and making your health all around a number one priority is critical. 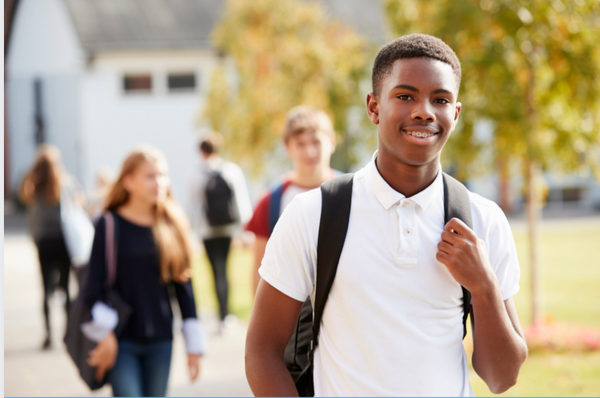 Going back to in person learning can be both exciting and scary, the unknowns about the Delta variant could be causing anxiety, and there are still a few weeks left to make sure you hit any summer to-do’s. Here are ten questions to help foster conversation with your teen.